Fishpond cultivation is one of the oldest human occupations, since it is the source of gathering food. In inland the ratio of fish in human nutrition is low, close to large rivers, lakes and seas it prevailed. Fish have been part of the menu of our forefathers even before the intentional food production. Aside from fishing people hunted deer, birds and collected seeds and fruits from plants. The first farmers, who kept domesticated animals and cultivated plants, have been according to archeological excavations discovered in the neolithic age, that is 4000 years BC.

The origin of fishponds in the Trebon region is tightly connected to the nature of its soil and landscape. Some of the fishponds are remnants of former lakes, others came to life as humans dried out and settled the landscape. Planned creation of the fishponds and fish cultivation in them commenced in the second half of the 14th century, when the abundance of fish in the rivers and lakes have been decreasing. The main contributors for this have been foremost Josef Stepanek Netolicky (Josef Štěpánek Netolický) and Jakub Krcin from Jelcany (Jakub Krčín z Jelčan). After the 30 years war came a significant decline of the fish cultivation. Only in the second half of the 18th century came a new revival of the fish cultivation based on the attempts of the Prague professor Dr. Antonin Fric (Dr. Antonín Frič), the Horak brothers (bratři Horákovi) practices and mostly of the nestor of the Czech fish cultivation Josef Susta, (Josef Šusta) who created a scientifically based order to the development of fishpond cultivation. Today the trebon fishponds are cultivated by the Rybařství Třeboň, a.s. company. There are approximately 500 of them.

The fishponds in the Trebon region consist of a system of an overall 16 arrangements of water management falling predominantly in the basins of the Luznice (Lužnice) and Nezarka (Nežárka) rivers. The volume of the watered spaces over the water balance equation of the Luznice river under the inlet of the Nezarky river is app. 390 mil. cubic meters, which can be increased by a water bearing capacity of 50 mil. cubic meters of water. This volume has its significance for agrobiological stability in the basin, for its climate and, last but not least for flood protection or for improving of reduced water flows.  The main object of the fishpond cultivation is the carp, whose cultivation is renowned and has a century old tradition. The approximate origin of the first fishponds in the Trebon region is connected with the reign of Charles IV. In the second half of the 14th century one of the oldest as well as largest of the fishponds in the Trebon region has been constructed  - the Dvoriste fishpond (in year 1363). In year 1450 there were 20 fishponds in the Trebon region of an overall surface area of 710 hectares. The transition from the 15th into the 16th century was the time of the busiest construction effort of the fishpond cultivation. This epoch is connected with Stepanek Netolicky, who first introduced a system into the construction of the trebon fishpond arrangement, created the Golden canal (Zlatá stoka) and constructed a great number of fishponds (e.g. the Koclirov, Tisy, Zablatsky, Horusicky, Opatovicky and Kanov fishponds).

A contemporary and continuator of this first distinguished fishpond cultivator was Mikulas Ruthard from Malesov (Mikuláš Ruthard z Malešova). He created a fishpond arrangement, which with its water management and its production possibilities exceeded the fishponds around Trebon. Mikulas Ruthard belongs to the great personalities of the Czech fishpond cultivation in the 16th century. Jakub Krcin form Jelcany, this “immortal regent”, took over an already well organized and functional fishpond cultivation arrangement, to direct and expand it in the service of the Rosenbergs until 1590. In times of the construction activity of Jakub Krcin the Svet, Spolsky, Vdovec, Nadeje, Skutek, Potesil, Ptaci blato, Krcin and many other fishponds have either been created or expanded. As proof of his devotion to the Rosenberg house Krcin constructed the largest fishpond in Bohemia, the Rozemberk fishpond (finalized in 1590), together with it he constructed the Nova reka canal, which transfers “high” water from Luznice river basin to the Nezarky river. These structures finalized the construction of fishpond cultivation in the Trebon region, of which we take advantage until now.

To his major constructions belong beside the fishponds the 45,5 km long Golden Canal (Zlatá stoka), constructed in 1506-1520, which drained the swamps and simultaneously connected some of the existing waterworks. At Stepanek Netolickys death in 1538, there were 9 large and 37 smaller fishponds in the trebon nobility.

He further carried on and developed Stepaneks grand scale projects, he became the regent of the Rosenberg estate in 1569. Thanks to him a large number of south bohemian fishponds form the first Pocatek, through the Spolsky, Plastovicky and Svet to the larges Rozmberk fishpond have been constructed. Justly admired is the 13,5 long canal called Nova reka, with witch Krcin transferred part of the waters from the Luznice river to the Nezarky river.

Jakub Krcin from Jelcany wanted to accomplish his fishpond capabilities with the Rozmberk fishpond. In 1584 - 89 he dusted plans for the construction of the Rozmberk fishpond from the beginning of the 16th century from Stepan Netolicky and commenced the construction of the largest fishpond in Bohemia. On the 2,4 km long dam 800 people worked for five years for bread, beer and 5-6  Prague groschen and moved over 750 000 cubic meters of soil. The subjects carried construction material. At the beginning of the 17th century its surface area had been almost double (1000 Ha) of its present size. The Rozmberk fishpond is actually a dam on the Luznice river, whose waters are held by a two stage dam. The dam is protected from extensive floods of the Luznice river by the construction of an artificial canal (Nova reka canal), which diverts the water from the Luznice river into the Nezarky river. The dam is 12 meters high and at its base 60-80 meters wide and it is stabilized by about 76 oak trees, which became a nesting site for a wide variety of birds. The vastness of the water surface allows at some point to see the curvature of the Earth.

The water inlet of the meandering Luznice river to the Rosenberg fish pond with its richly rugged coast, extensive vegetation in littoral zones and extensive crossover into a complex of meadows.

The Rybařství Třeboň, a.s. is the biggest fish producer not only in the Czech Republic, but also in the whole “fishpond cultivating” Europe. It administrates up to 7442 Hectares of fishponds (6870 hectares are owned by the company, the remaining surface area of fishponds are rented by the company). From the overall surface of the fishponds 414 hectares are being used for sport fishing. The production of edible fish (yearly 2500 to 2700 tons) consists predominantly of carps (95%), among other substantial supplementary fish the tench, zander, pike, catfish, big head, amur and perch are being cultivated. The carp is represented by 60 - 64% by the common carp, the rest is leather carp.

Many fishponds of the Treboner basin are connected with the Luznice river via a very ingenious canal - the Golden canal. A work of Stepanek Netolicky, build in 1506-1520, it serves for the regulation of gauge state in fishponds as well as for irrigation, earlier it was used for powering water mills and saws, as well as for transporting wood. This artificially constructed, 45 km long canal with an elevation descent of 30 m appears completely natural. On it we can even find an elevated water crossing (e.g. the Zelezna stoka canal …). It diverts from the left bank of Luznice river at the Pilar settlement, feeds smaller fishponds above Trebon, overflows the Opatovicky and Svet fishponds, touches the eastern part of the Trebon and flows along the Velke Tise, Koclirov, Zablatsky, Bosilecky and Horusicky fishponds back to the Luznice river approximately 2 km south of Veseli on Luznice. Overall about 2700 hectars of fishpond surface area are connected to the Golden canal (57 fishponds). Not far from the Ponedraz village a 6 m high bank had to be built for the transfer of the canal. The Golden canal is a 45,5 km long, 2-4 m wide and 1-1,5 km deep water canal. The maximum flow rate reaches 2,5 cubic meters in a second with an insignificant declination of 0,4 per mille. The Golden canal is a masterpiece of water management and a great example of the ingenious and grandiose solution of the water management situation in the Trebon region.

The canal was constructed in 1584 - 5. The construction of the Nova reka canal was commenced simultaneously with the construction of the largest of our fishponds - the Rozmberk. The Nova reka canal, connecting the Luznice river with the Nezarka river, diverts from the right bank of the Luznice about 5 km southeast of Trebon to the U Soukupu settlement (Majdalena village), where two floodgates are located, which serve the regulation of the inflow of the Luznice rivers (Old river) to the Rozmberk fishpond. Not far from the Mlaka village, close to the Jemcin castle by the U Lapicu settlement. The construction has commenced simultaneously with the construction of the Rozmberk fishpond so as to provide flood protection on the Luznice river. In its basin a part of the flood water can be transfered to the Nezarky river. It belongs to the Novorecke mocaly reservation. The Nova reka canal therefore merged with nature, so that today nobody can recognize, that it is an artificial canal. The canal is 13,46 km long, in some places up to 20 m wide and has an average declination of 0,9 per mille. It supports some large fishponds in the Trebon region (the Vdovec, Zenich and other fishponds) and diverts the excess water from the Luznice river into the Nezarky river, thus removing the threat of spring floods which loomed to break the Rozmberk fishpond dam.

Regularly flooded turf meadows along the Nova reka canal with the mosaic of pools and swamps, alder carr.

The turf transition zone of the trebon basin with vegetation of mud pine groves with ledum. Regenerating turf on the extracted areas. Typical flora and fauna of moorlands.

Winding stream of the Luznice river basin with a number of dead river channels, wetland eco systems along the Nova reka canal with a mosaic of permanent and recurrent water surfaces, fragments of original or structurally similar forest stands. Other forest stands, whether half cultivated or cultivated, including a substantial part of the overall surface, form basically the protective zone of the abovementioned places. 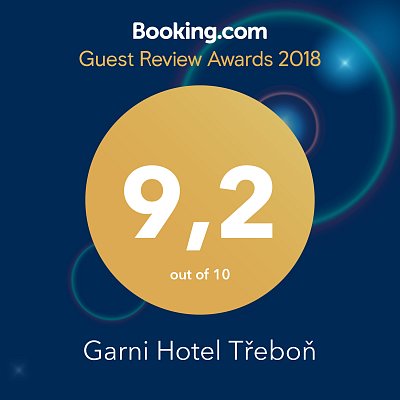