The extensive and well-preserved castle ruin was once an important castle, which protected a commercial route. In the 14th century the Krajirs from Krajka took over the castle, who have extended and reinforced the castle. In 1771 the castle was destroyed by a fire and from this time it was abandoned. After the reconstruction there are viewings of the preserved roman parts and an exposition of medieval weaponry.

A romantic castle with art collections belongs to the most visited landmarks in the Czech Republic. In the 13th century a royal gothic castle used to stand here. In 1561 it was owned by the Schwarzenberg family, under which it underwent a baroque reconstruction in the 18th century. To its present form it was modified during its romantic reconstruction in English gothic style in years 1841-71. The South Bohemian gallery of M. Als is situated in its parts. Around it is an extensive English park.

A renaissance castle from the years 1583-89, constructed based on Italian renaissance villas for Vilem from Rosenberg. Continuously it changed owners from Rudolph II., the Eggenbergs to the Schwarzenbergs. The structure underwent only minor changes, at the beginning of the 19th century it was transformed to flats, from half of the 19th century it was used as a museum. The castle consists of a villa in the middle of the renaissance garden, which is surrounded by a circular wall with bastions and a tower gate. The interiors are decorated with wall paintings and rich stuke paintings and contain an exposition of puppet and animated movies.

A small city on the borders with Austria with approximately 3 thousand inhabitants. Due to its renaissance square it might soon be entered on the list of UNESCO world heritage.

A fairytale castle on the rocks in the middle of a south Bohemian fishpond. The original gothic water fortress from the 14th century went through renaissance, baroque and modern modifications. In 1941 the Slavatas received the Lhota castle and gave the castle a red roof that shone into the neighborhood. Since the name Cervena Lhota (Red Lhota). The castle is surrounded by an English park. Visitation of the interiors, performing of wedding ceremonies.

Cesky Krumlov, castle and the city

It was founded in the middle of the 13th century by the Vitkovci family. In the 16th century Vilem of Rosenberg started with the modification of the castle into a renaissance castle. It was later passed into the ownership of the Eggenbergs and the Schwarzenbergs, who owned it until the 1945. In the 17th and 18th century it was modified from baroque to rococo, it was extended by a riding hall, summer palace and the castle theatre. The park with the fountain, summer palace and the Revolving Theatre. All 300 rooms are equipped with precious furniture, paintings and tapestries. The city was entered into the World cultural and natural heritage of the UNESCO. 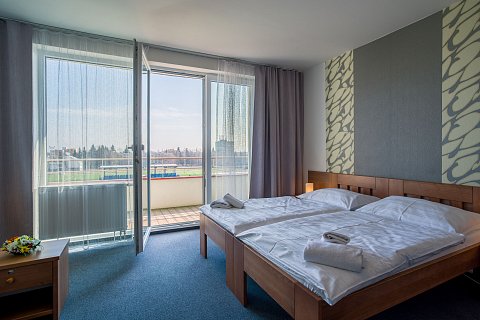 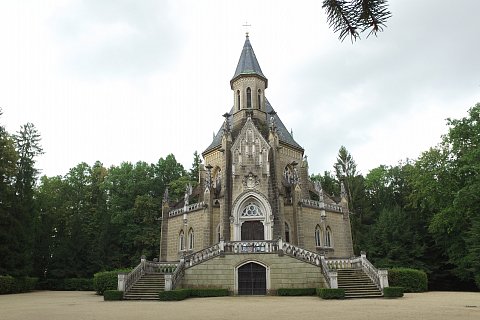