In the center of the landmark preservation area lies the elongated T.G. Masaryk square, on it lies the City hall and a line of town houses including one wing of the castle. City fortification citadels visible from the dam of the Svet fishpond, remnants of the fortification (e.g. at the old bath), the Hradecka gate (last modified in 1875), the Svinenska gate (top example of south bohemian Renaissance from 1562-69), not far from it the Novohradska gate (the Regent Trebon brewery is situated on the left), in the neighborhood lies the Budejovicka Gate. Next to the Budejovicka gate and the fortification lies the Castle Park, on the other side of the historical center flows the Golden canal (Zlatá stoka) under the fortification. 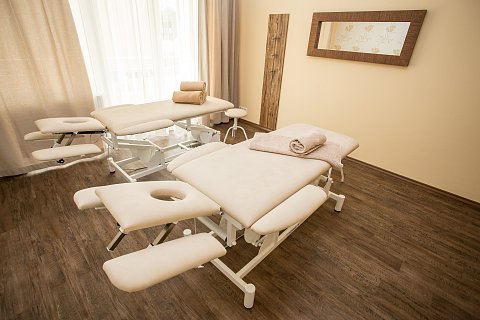